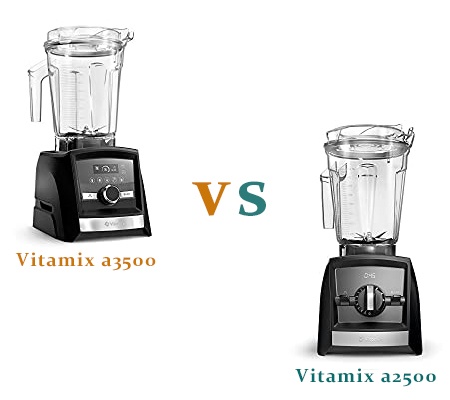 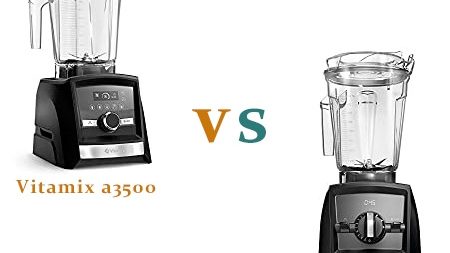 The main difference between these two are the pre-set program, customizable timer system.

These are the difference between these two blenders, which makes Vitamix a3500 better than a2500, and the rest of the features are almost the same. While you can get the newest and upgraded machine with more features at almost the same cost, why you will get the older version of Vitamix? But the choice is yours.

If you want a durable blender, then Vitamix A3500 can be a great option as it provides a 10-year full warranty. Vitamix A2500 comes with only 5-years of the full warranty. A2500 Vitamix is less expensive than its rival Vitamix A3500. It’s better to choose a blender according to personal preference and budget.

Since Vitamix A3500 has some extra features, you should consider buying it; however, keep in mind your budget and then make your buying decision. If you already made your decision, then happy blending! If you can still decide which one to buy, then read the rest of the article. Below I’m going to discuss the key features of these blenders in detail.

Let’s discuss the main difference between these two ascents Vitamix in this section.

The preset buttons of a blender are a convenient thing, and it makes the blending easier. These two Vitamix also have the preset buttons, but they are slightly different in the preset settings. Vitamix a2500 has 3-presets; on the other hand, Vitamix a3500 has 5-presets. From the Vitamix a3500, you’ll get two extra presets, isn’t it more convenient? The 3-presets are – smoothies, hot soups, and frozen desserts, while the 5-presets are – hot soups, dips & spreads, smoothies, frozen desserts, and self-cleaning.

In terms of the presets, Vitamix a3500 is ideal – you can consider buying this ascent Vitamix.

Since the touch screen feature is handy, get the Vitamix a3500 for your kitchen if you can afford it.

If you don’t need to move the machine, go for Vitamix a3500.

Vitamix ascent a2500 and a3500 are also different in colors from each other. Choosing the color of the blender according to your kitchen interior would be ideal. But color won’t hamper the features of the blender. These two blenders will provide you the best of them.

Different colors have different price options – remember this when choosing a color.

Vitamix a3500 is pricey than Vitamix a2500. 5-presets, touch screen feature, and warranty makes it more expensive than the A2500. These features are convenient. You can add Vitamix a3500 to your kitchen. As the budget is an important thing, if you have a budget shortage, choose Vitamix a2500. This is also powerful and can be used in a versatile way.

Vitamix a2500 and a3500 have many similar features. Let’s discuss them in detail.

These two ascent Vitamix has the same motor power. The motor is 2.2-peak hp, and it runs at a high speed that can make your recipe in no time. Vitamix a2500 and a3500 motor has an adjusted cooling fan and thermal protection that keeps the motor base cool during use. So you can run the blender for several minutes without any heating issues.

Both of the ascent Vitamix provide a 64-oz container, which is smart. When you attach the container to the motor base, it will automatically detect the container and adjust the speed. And you’ll be stressed free. The container is large enough that it can be used to make hot soups or smoothies, or other meals for the whole family.

The digital timer feature makes the ascent blenders easier to use than the previous Vitamix. You can set the perfect time to make a recipe. Once you add the ingredients to the container, then set the time. You can walk away when the blender finishes making its recipe; the machine will automatically turn off.

A Vitamix blender can be used in a versatile way, and this makes the Vitamix popular to the users. You can use your Vitamix for blending, grinding, chopping since the Vitamix blade is very sharp and durable. Vitamix a2500 and a3500 can make chunk-free smoothies, sauces, mayonnaise, dips & spreads, frozen items, dough, baby foods, salads, salsa, batter, etc.

You can chop vegetables and fruits, and you don’t need to cut them into pieces – add the whole veggies or fruits to the container, and you will get fine chopped. Also, you can grind spices or other toughest items.

Vitamix offers self-cleaning properties that expect everyone. For people who think cleaning is a hassle for them, Vitamix is the best option to choose from. Since the Vitamix is dishwasher safe, you can use the dishwasher.

Compared to other Vitamix blenders, the ascent series Vitamix has a classic design. Both Vitamix a2500 and a3500 have beautiful sleek designs. Also, they are very effective blenders. Vitamix a3500 has some extra features than Vitamix a2500, which makes it powerful also. These make Vitamix a3500 easier to use. I’d suggest you buy Vitamix a3500, but if budget is an issue, then Vitamix a2500 would be a better option.

Frequently Asked Questions About Vitamix a3500 vs a2500

You may have an interest in some more comparisons on a different model.

As an Amazon Associate I earn from qualifying purchases